Singing out for Justice

A Concert of Celebration and Support for The Highlander Research and Education Center, honoring Guy Carawan for his 50-plus years of tireless service as a cultural worker with the Highlander Center

Highlander is where Rosa Parks, Martin Luther King Jr. and thousands of others sang, learned, and trained in working for social justice and equality. Highlander today continues this program and those goals.

Since 1966, the Highlander Research and Education Center has administered the We Shall Overcome Fund, which receives royalties for the commercial use of the worldwide anthem for freedom and justice, “We Shall Overcome” and supports grassroots efforts at the nexus of culture and social change within Southern African American communities.  Guy Carawan set up that fund along with Dr. Bernice Johnson Reagon, Dorothy Cotton and Faye Bellamy Powel.

In 1961, Guy Carawan, Music Director of the Highlander Center, helped arrange and spread a gospel and union song into ‘We Shall Overcome,” which became the anthem of the Civil Rights Movement, and was first sung at meetings, churches and rallies in the deep South, and now all over this world – by people working towards social justice.

Guy & Candie Carawan, Southern California natives, met at the Highlander Center in Tennessee in 1960 — each drawn by the Civil Rights Movement. For more than 40 years they worked as cultural activists and educators supporting the important work of the school by encouraging and nurturing regional artists as participants in social change. Throughout the four decades, Guy also continued to perform and record music himself, locally, nationally and internationally, building his repertoire largely around experiences in the southern United States. In the 1950s Guy was instrumental in the formation of the historic Ash Grove and performed there opening night and many times over the years, often bringing traditional musicians from the South with him. 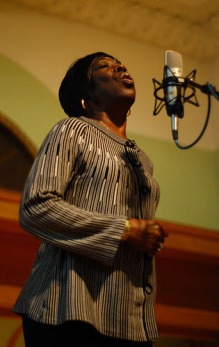 known as one of the great voices of the Civil Rights Movement. She has performed often with the SNCC Freedom Singers and as a soloist. Being the descendant from a long line of country gospel singers and preachers, she brings the power and inspiration of the times that changed this country. Living for many years in Los Angeles, she is also in demand nationally and internationally as a blues artist. She brings the same power, passion and artistry to the blues as to her freedom repertoire. Her musical goal is to help people in struggle.

 Rev. James Lawson is the architect of Non-violent resistance in America. In the late 1950s and early 1960s he trained the shock troops of the Civil Rights Movement in Nonviolent philosophy and strategy and continues to be an eloquent spokesman and teacher for this powerful method of challenge and change. During his years in the South, he was an important source of inspiration and support to Highlander, as well as to the Carawans personally. 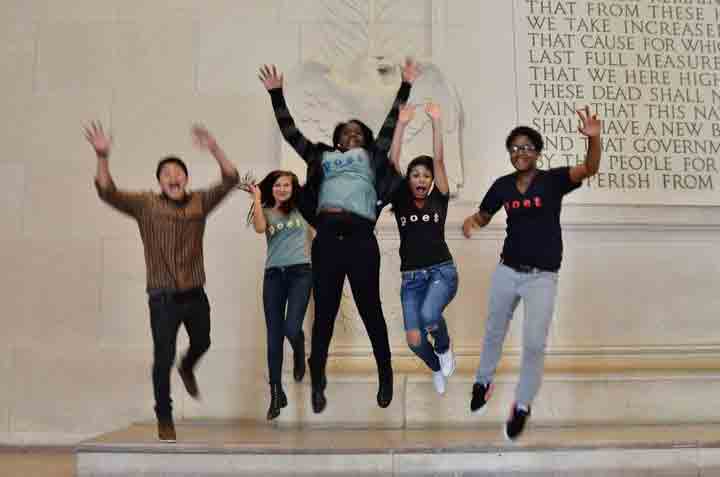 The Get Lit Players

The Get Lit Players, teenage wizards with poetry from the sonnets of Shakespeare to hip-hop are best described by Jimmy Santiago Baca, winner of the Pushcart Prize, American Book Award, and International Prize for Poetry: “The Get Lit Players are altering the lives of thousands of young people. They are tackling the darkness of illiteracy and lighting the way for our youth.”

Len Chandler, one of the brightest lights in American topical songwriting, was among the elite group of writers Bob Dylan, Phil Ochs, Tom Paxton, Malvina Reynolds and Len Chandler who developed protest songs against the war in Vietnam and for the Civil Rights Movement, of which Len was a major part. He went to Mississippi in the early 60’s and participated in the voting rights campaigns organized by the Student Nonviolent Coordinating Committee (SNCC). He wrote the music for one of Bob Dylan’s most powerful early protest songs, “The Ballad of Emmett Till,” about the young Negro teenager whose murder in 1955 helped spark the civil rights movement that began later that year when Rosa Parks refused to move to the back of the bus in Montgomery, Alabama.

“Chandler is a treasured living connection to one of the most important chapters in modern American history, and speaks and sings with the authority of someone who was there when it counted-the troubadour of the March from Selma to Montgomery-the man who set the civil rights movement to music.” –Ross Altman, Ph.D.,FolkWorks Magazine

Ross Altman traded his professorship for a life as a political folk singer and music historian of left movements decades ago. With a PhD in English Literature, he has written songs on virtually all political topics and, for the past 25 years, has performed more than 300 gigs a year. Altman has shared the stage with Pete Seeger, Arlo Guthrie, Guy and Candie Carawan, and Len Chandler. But more than that, he has sung with the very people who created the music he sings: the disadvantaged and disenfranchised- for the homeless and homebound, human rights groups and animal rights groups, peace groups and environmental groups, labor unions and outreach programs, and at folk festivals and fringe festivals. If there’s been a cause that needed a song, Ross has been on the spot with lyric and tune. Specializing in songs that comfort the afflicted, and afflict the comfortable, this “singer-songfighter’s” songs always have something to say. Ross is a recording artist for his own label, Grey Goose Music, columnist for FolkWorks, president of The Santa Monica Traditional Folk Music Club, member of musician’s union Local 47 (AFL-CIO), and the Topanga Banjo-Fiddle Contest’s 2010 Music Legend Award Winner.